What Did Ancient Egyptians Look Like? A Quick Guide To Their Fashion History 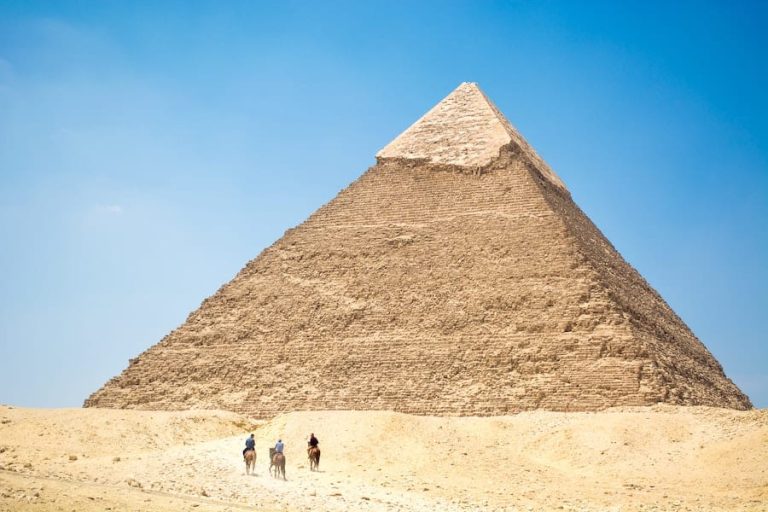 There’s so much to love about Ancient Egypt. From the art, architecture, and hieroglyphics to their amazing wardrobe, it seems like the ancient Egyptians had an answer for everything. From creating one of the world’s first written languages to perfecting some seriously snazzy headgear, their fashion history is pretty impressive. The ancient Egyptians lead a pretty ritualistic life: they believed that gods controlled natural phenomena like rain and flooding, which made them very dependent on those deities in their day-to-day lives. It was also believed that mummification after death ensured eternal life in the afterlife. As a result, most of their time was spent either praying to or making sacrifices to these gods as well as preparing for death and burial rituals. However, unlike other civilizations at this time period—like the Mesopotamians or Greeks—the Egyptian way of life wasn’t recorded in epic poems or books. Instead, most of their culture is known through wall etchings called “hieroglyphs” (literally meaning ‘sacred carvings’) that mainly served as stand-alone objects or decorations in temples and tombs and often depicted everyday activities rather than historical figures or events.

Ancient Egyptians looked like any other human being even though their culture was very different from modern society. They are beyond fascinating to study, and the art that is associated with them is breathtaking.

History Of The Ancient Egyptians

The ancient Egyptians could be considered the world’s first civilization. They were the first to develop a written language, hieroglyphics, a form of writing which was used to record and convey religious, political, and military events.

2. The Rise Of The Ancient Egyptians

Around 3000 BC, they began to converge on the Nile River in Upper and Lower Egypt. This was a time when people started moving from one place to another more often than before. They were initially nomads who lived in tents or caves but then they began to build houses using mud bricks and straw mats. to build pyramids and temples for the gods.

3. The Ancient Egyptians In A Nutshell

They believed that the world was created by a god named Atum (Atum is the creator god of the ancient Egyptians). They also believed that the sun god Ra was their ruler, who would die and then be reborn each day. The ancient Egyptians performed rituals to ensure that they would be blessed with good health, wealth, and happiness in life as well as eternal life in death. to move from the south and north of the Sahara desert to the Nile valley.

4. The Unification Of Ancient Egyptians

The ancient Egyptians were able to unify their country by around 3100 BC. This was a time when they started to build their first pyramid in Saqqara (about 30 kilometers north of Memphis). They also developed a writing system in hieroglyphics which was used for everything from personal names to religious texts.

5. The Great Pyramid Of Giza Construction

A lot of people believe that the pyramids were built by slaves, but this is false. In reality, they were built by Egyptian workers who volunteered for this task and were given food and shelter as part of their compensation for their work. It took about 20 years to build this structure with around 100,000 workers and an estimated cost of over 2 million dollars during that time period. to settle in the area. to grow and develop agriculture, and they began to build the pyramids in order to commemorate the dead.

The civilization of ancient Egyptians was one of the most advanced civilizations of the middle age. Their way of life was more than just a job for them; it was also a way to worship their gods and pass down their legacy from generation to generation. They created an extensive system of writing, which was used as a way to record royal decrees, religious writings, personal correspondence, and more.

Around 2200 BC, there were several revolts against the pharaohs that took place in Upper Egypt with some people calling for independence from the pharaoh’s rule. These revolts continued till 1500 BC when they were finally defeated by the pharaohs who then established themselves as rulers over all of Egypt. However, even after this time period, many rebellions took place to live in communities and align themselves with a certain religion. This is a key point in the history of ancient Egyptians as they developed their own religion, which was very influential in their culture and lifestyle.

8. The Ancient Egyptians’ Rise To Power

The ancient Egyptians were the ones who first built the pyramids, which were built to be tombs for their pharaohs. The pyramids were made of limestone and granite, which is why they are such an important part of Egyptian history. These pyramids were also used as gravesites for their kings and queens during the afterlife.

Other Important Things To Know About Ancient Egyptian Fashion

Does Killua Leave Gon? Examining The Complexity Of Their Relationship In Hunter X Hunter

Is Direct Playstation Com Legit? – Unraveling The Truth Behind The Website

Do Boomerangs Actually Come Back? The Physics Behind Boomerangs

How To Get Free Switch Games